“They don’t call it show business for nothing.” I’ve heard it many times in many different tones from many people. It’s a pretty simple truth, but for the aspiring filmmaker; it can be hard to wrap your head around. If you are like me, you may not think of yourself as much of a businessperson. You may do better when working on your own projects. Chances are you just want to focus on your work, and if you believe in a project, it can be hard to think about the “business” end of the equation. However, business is what finances films. It’s how profits are made, and it’s the only way you are able to do your work at all. So how does it all work? The film industry is an institution of modern culture, and as such appears daunting to the budding independent filmmaker. Because it is an industry, there are lawyers, bean counters, and administrators. Entire systems exist within the film business with more complexity than perhaps any other art form. Music and literature play a huge role as well, and when you consider that most movies incorporate music and literature into their projects, you really begin to see how vast and complicated the whole thing is. 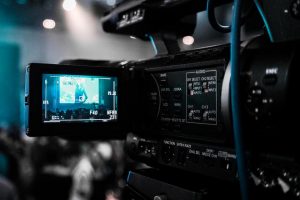 For those who don’t know me, I’m a novice filmmaker and writer. I did not go to film school, nor have I ever studied broadcasting or media. Everything I am discovering and sharing are things I have learned in the past two years while working on small sets, including directing and writing CATMEDIA’s first feature-length movie. So from one newbie to all you others out there, let me break down the business of show business.

Where the Money Leads You

The biggest thing for most rookie independent filmmakers to understand is how an idea gets the funding it needs to be produced. Most don’t know how the system works, even in the independent film market, so here I have outlined the vital parts. Call it the “chain of money” if you will. The Filmmaker – the creative team usually led by the director. These are the people you find on set, in writing rooms, getting their hands dirty, developing the project during film production. This category has several sub-categories, but at the end of the day all of these people will usually answer to the director, who is at the same time working with the producer and production team. The Producer – the bridge between the creative and business world. The producer’s job is to make the movie and to ensure the movie generates money. As one producer I met at a cocktail party said, “I’ll always spend fifty cents to make a dollar.” The production team can often be found on set making sure the schedule and budget is being properly managed. They organize the food, the lodging, the pay, and they have the most at stake in a production. If a movie doesn’t turn a profit, it’s the producer who sees her/his money go down the drain, not like the filmmakers who only have their reputations at risk. Much of what a producer does is work with the budget, and perhaps the most crucial part of that involves obtaining funding. There are a few different tried and true ways to do this. Finding wealthy independent film investors, building equity and getting a loan, and pre-sales are some of the most common ways producers fund independent films. The Sales Agents and Financiers – the money people. Both are integral in the process of funding a movie, and many like to be involved in the process of making a movie early on to ensure the marketability of a film. A financier’s job description is a simple one—find the money. Independent film investors, if you know where to look, can provide the most straightforward avenues to financing a film. They front the money with the intention of making that money back, and theoretically will receive the lion’s share of profits made by a production. If the total money raised from investors is not enough to produce the film, the financier might take that equity and speak with a bank for a loan. Meanwhile, the sales agent devotes her or his time to selling the movie to distributors. This can work as a great way to finance your film (depending on the genre) in the form of pre-sales. Essentially, a sales agent can sell the film to distributors before it’s even produced, bringing in extra funds. The Distributor -these are the people who run the markets in large regions. They’ve got the connections to the movie theatres, television stations, etc., that actually buy the movie and are the first people who really have a direct hand in making money off the film. Some larger companies (like Disney, for example) distribute their own movies. Even if not actively assisting in film production, the distributor has the right to place the company’s name and logo on the film. This is because of the distributor’s help in financing the film, either by buying sales rights in pre-production, or by retroactively funding the film by buying sales rights to it later. 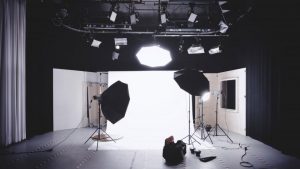 The Buyer – these are the movie theaters and television stations that show your film. Buyers make their money entirely off the consumer. Buyers, especially in the age of the Internet, sometimes overlap with distributors like Netflix for example. The Consumer – these are the people who pay to watch the movie! Yes, they still exist although in continuingly different channels. People now watch movies in a variety of platforms: traditional theatrical release, television, and online streaming. So, with each of these parts, how do you, the filmmaker proceed? In my honest opinion, as a filmmaker there’s only one person you need to worry about: the Producer. Finding a good producer for your project can be hard, but it is extremely important. Not only do you need someone who has the connections needed to finance your project, but you also need someone who works well with your creative vision and brings something to the table. Once you are working with a strong producer, they should handle the rest. The producer contacts sales agents and financiers, who usually won’t see filmmakers directly. Therefore, it’s extremely important that your producer not only has access to sales agents and financiers, but also the relationships that will help your project. The success of a movie, as much as it may pain the filmmaker to admit, relies almost entirely on the producer, their connections to financiers, their relationships with successful sales agents, and their reliability and respect of the creative process. In other words, good producers might be hard to find, but a high caliber producer is crucial to the process. The art of moviemaking is admittedly a tough and complicated one, and it can be heartbreaking to devote years to a project only to see it falter. So once you’ve got something you think will be great, and you’ve got a great producer who believes in you, what’s next? Well, that entirely depends on what kind of movie you intend to make. Stay tuned for Part Two to read about your path to film success.