Sex Trafficking in America: A Documentary 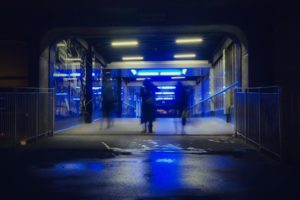 Each year, more than 300,000 children in the US are at risk of becoming victims of sex trafficking. These victims are mostly girls between the ages of 11 and 14. They come from all socioeconomic backgrounds. Following the story of several girls who were kidnapped and forced into sex-work, CATMEDIA’s first documentary takes a deep examination into the darkness and horror of America’s multimillion-dollar underground sex economy and the lives of its survivors. In spite of new legislation nation-wide seeking to help those caught in human trafficking, many survivors are left without the resources to rebuild their lives. The film seeks to build understanding of the sex trade and to explore answers to “how can these atrocities be further prevented?” This documentary is supported by Hope Love Charity, a nonprofit organization founded by CATMEDIA CEO Catherine Downey that employs visual storytelling to encourage and facilitate positive social change.

Our flagship project is a feature-length film entitled Mnemosyne. Mnemosyne is currently in the final stages of post-production with a goal of distribution for festival season. Written and directed by yours truly, it’s been a whirlwind of an experience to produce. 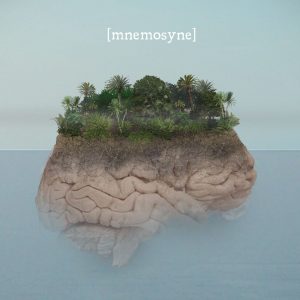 The story takes place on the coast of a secluded island where the charismatic Pastor has led his followers believe for decades that the world beyond was destroyed in an apocalyptic event. Supposedly, the only reason the occupants of the island are still alive is because the group remains in good graces with the Seraphim, mysterious beings with whom only Pastor can communicate. But over the course of the movie, Pastor’s son Cam begins to realize that there is more to the story. Seeking to save his sister from illness, Cam and his friend Hannah plan an escape. But Pastor won’t give up his control over the inhabitants of his island so easily. A harrowing game of memory and manipulation unravels—revealing that things are not always what they seem.

This summer, CATMEDIA Entertainment will begin production of a pilot for a TV series. No title has yet been given, but it is slated to be a mockumentary comedy about the making of a TLC-style reality TV show and the lives of its cast and crew. You can expect to hear more about this as the project develops. With the film and entertainment industry booming in Georgia, CATMEDIA Entertainment intends to make its mark on this new frontier. We are fortunate to have a talented team here with an abundance of creative juices eager to apply innovation to entertainment and educational projects. Want to make sure you receive future updates on CATMEDIA’s entertainment projects? Follow us on Facebook, Twitter, and LinkedIn.