When reading a book, watching a movie, or viewing a play, have you ever stopped to wonder how the author created a character so vivid, intriguing, and compelling? How does an author take a blank page and create a character that the reader cares for, a hero with whom the reader identifies, a villain whom the reader reviles, or a story that stays with the reader long after the final page is turned?

Creating compelling characters is no simple feat. To create entire worlds takes a lot of creativity, skill, effort, re-drafts (more re-drafts), along with the creation of settings, conflicts, and stories out of seemingly nothingness. And if the author cannot create characters that the readers come to care about, then the point of the story is moot.

1) Read Up On the Hero’s Journey

The Hero’s Journey is a theory that was first published by Joseph Campbell in 1949 in his landmark book titled The Hero With a Thousand Faces. This theory works to dissect some of the core tenants of history’s most famous mythologies and stories.

“A hero ventures forth from the world of common day into a region of supernatural wonder: fabulous forces are there encountered and a decisive victory is won: the hero comes back from this mysterious adventure with the power to bestow boons on his fellow man,” said Campbell.

This broad narrative can be applied to fictional characters like Harry Potter, The Man With No Name, and Forest Gump — even historical figures such as Jesus of Nazareth and Siddhartha Gautama (Buddha). When broken down, it follows into a 17-part pattern that roughly outlines some of the most famous fictional tales and historical accounts in human history.

The basis of this theory is that all good stories follow a pattern, and this pattern somehow taps into something inherent in mankind that makes the audience enjoy the journey. The cycle can be adapted to majestic and mythological epics like Theseus’ slaying of the Minotaur, to the kitchen sink drama of Death of a Salesman by Arthur Miller. If you want to have a character that readers or viewers find compelling, you will need to understand this cycle, because it is the basis of every character’s journey. 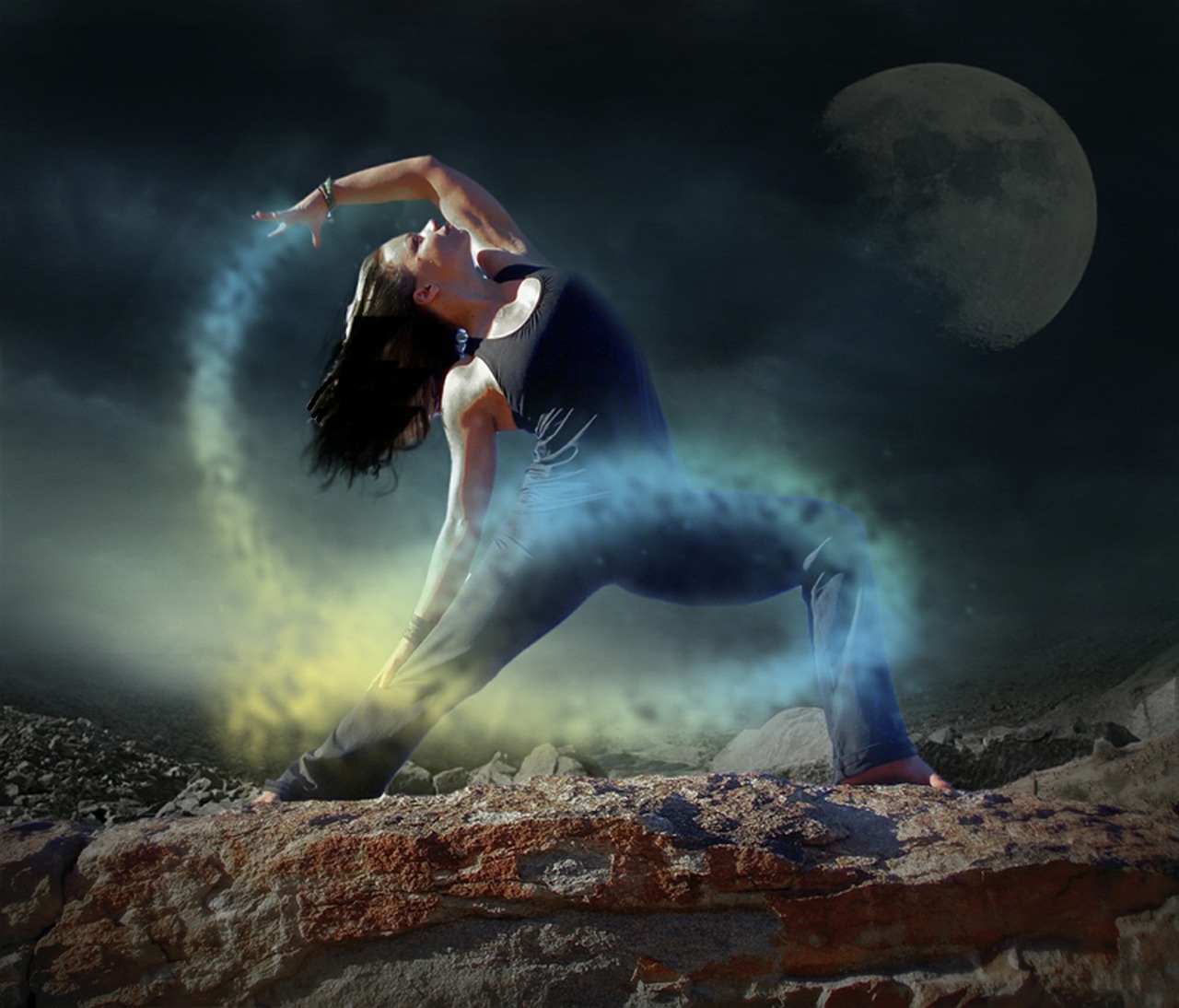 As the wondrous reptilian philosopher Rango (voiced by Johnny Depp) once said, “A hero cannot exist in a vacuum.” What good would Harry Potter be without Hogwarts, or Joan of Arc without the Hundred Years War? We are all creatures of our environments, and ultimately so must be our characters.

We, as human beings, are constantly influenced by our surroundings. When a person goes outside, does he or she breath in fresh air or smog? How does the air quality affect how they feel about going outside? Is their opinion the norm? The answer will affect how the reader interprets the world in which a character lives. While traveling 30 miles may not seem daunting in a world with automobiles, doing so in a time without them would be quite a different experience. Writers should work on creating strong and palpable worlds for their characters to inhabit, and that world should influence that character.

Have you ever watched a movie or a play, listened to stilted dialogue, and been taken out of the experience because you realized that the material felt inauthentic? Believe it or not, human interaction is an incredibly complicated thing. Arguably the most difficult task of a writer is to create a plot and characters that are authentic to the story. From the story’s main protagonist to the lowliest minor character, every single character in a story should have a logical reason for his or her actions.

It might be simple enough to write a fictional story from a single character’s point of view: yours. Because you have an entire lifetime of experiences, beliefs, and goals that have led you to where you are today, you should have ample material to work with. But how does one learn to write from the point of view of someone else, let alone multiple people?

To understand everyone else, an author must learn to watch the people around him or her. It’s simple: go to a train station, a park, or even walk down the street. Simply observe the lives of those around you. If every single person is as unique and interesting as you — with his or her own ambitions, friends, family, heartaches, worries, and stories to tell — there should be no shortage of material from which to draw and become inspired.

Perhaps the one defining trait of a story is that — through a series of mishaps, misunderstandings, or circumstances beyond their control — a problem arises and the hero must work to overcome an obstacle. The hero’s journey is just that, a journey. A story about a person who has a goal and is unequivocally successful in his or her journey and without incident isn’t much of a story.

An often-used technique in storytelling is to create a character that is deeply flawed. Be it cowardice, a lack of empathy, an addiction, jealously, or a combination of all of those aforementioned flaws; almost all well-defined characters have at least one thing that makes them less than perfect.

“To err is human” is an ancient proverb, originally thought to have been coined by Roman politician and philosopher Seneca the Younger (“Errare humanum est”). [SB3] And Seneca was right. All human beings are flawed and make mistakes. Giving a character a flaw often gives origin to a conflict, allows them to grow and gives them an opportunity either to overcome said flaw or — perhaps more tragically — succumb to it. Allowing for a character to be deeply flawed helps to create empathy or disdain in the reader. Doing so helps to make the fate of that character more interesting when the story reaches its climax.

5) Make Rules to Break Them

Part of creating a compelling story is to create a fully realized world in which they live. What are the rules within the world? What is possible and impossible? How do people treat each other is this world? And — perhaps most important — what rules does a character live by? This is a more nuanced take, and it focused mostly on creating internal conflict.

Internal conflict is exactly what it sounds like, a character who is in conflict with themselves. And almost all internal conflict comes down to one thing: rules. Should I do this, or should I not? Or, to quote William Shakespeare, “To be or not to be?”

It may sound formulaic or simplistic even, but when creating a character one must remember that we all have rules. Whether they are laws, morals, codes of honor, or simply promises — we all have lines we are not willing to cross. And often the axis of internal conflict is the struggle over whether a character chooses to cross that line; to break his or her set of rules.

Giving a character a choice between a rock and a hard place can be a very effective tool in captivating a reader or audience. A primary example of this can be found in George R.R. Martin’s book and television series, Game of Thrones (SPOILERS AHEAD).

Lord “Ned” Stark is a man bound by honor and through a series of events, finds himself imprisoned and faced with two terrible choices: confess to treason (a crime he did not commit) and be spared or face the chopping block. He, as an honorable man, refuses to confess until word reaches him that one of his daughters has been captured. He is now faced with an even more difficult choice: forgo his honor to in order save his daughter, or maintain his honor and risk not only his life, but his daughter’s as well. Stark is now faced with his ultimate challenge: what is more important, love or duty?

6) Be A Terrible God

Like the ancient gods of Greek mythology, a writer should serve as overlord to his or her subjects and have a say in the people’s affairs. And as a god, they should be terrible. The more awful and dire a character’s situation becomes, the more that character must overcome. Creating a series of obstacles to overcome helps the reader or viewer feel more empathy and attachment to a character, leading to a more compelling and interesting character.

Give a character something that he or she loves — something that defines who they are as a person, their reason to get out of bed in the morning — and then take it away from them. Whatever hopes, dreams, and desires they once had are gone; all they are left with is one goal: survival, vengeance, justice, love, reunion, and much more. The worse off a character’s life has become, the more they are willing to do to carry out their agenda by any means necessary.

A character needs to grow. If a character is the same at the beginning of the story as he or she is at the end, the author was likely not a terrible enough god and therefore likely failed to create a truly compelling character. By throwing wave after wave of challenges to a character, they begin to question his or herself, break their own rules, strive to overcome their obstacles, and complete the Hero’s Journey.

Get your creative juices flowing by visiting The Land of Imagination!